Is it just me or is the rise of the virtual race medal completely bonkers?

In case you are not aware of it a number of operators (including running magazines and event organisers) have started offering medals for virtual races. The concept is that Jo runner goes out for a run on their own, usually at the distance of their choosing, and afterwards sends evidence of the distance and time to the virtual race organiser, along with a payment. In return they get sent a medal to recognise their achievement.

I have a problem getting my head around this one. Let’s ask ourselves, what are race medals about? In the purest form medals are delivered to the top athletes in specific events. Take for example the Olympics where a Gold, Silver and Bronze medal go to the top three finishers. At some point a race organiser somewhere decided that as well as recognising the top runners, race finishers should also get a medal. This made sense and almost all organised road races award medals to finishers. It reflects that each competitor has toed the start line and finished the race.

Like most regular runners I have a collection of medals from races I have taken part in. Each one tells a story. Looking back at Brighton 2010 Marathon I check my race log and see I ran a time of 4hrs and 42 seconds, narrowly failing to get under the 4 hours! So as a measure of achievement and a lasting memento of the race, the medal is great. 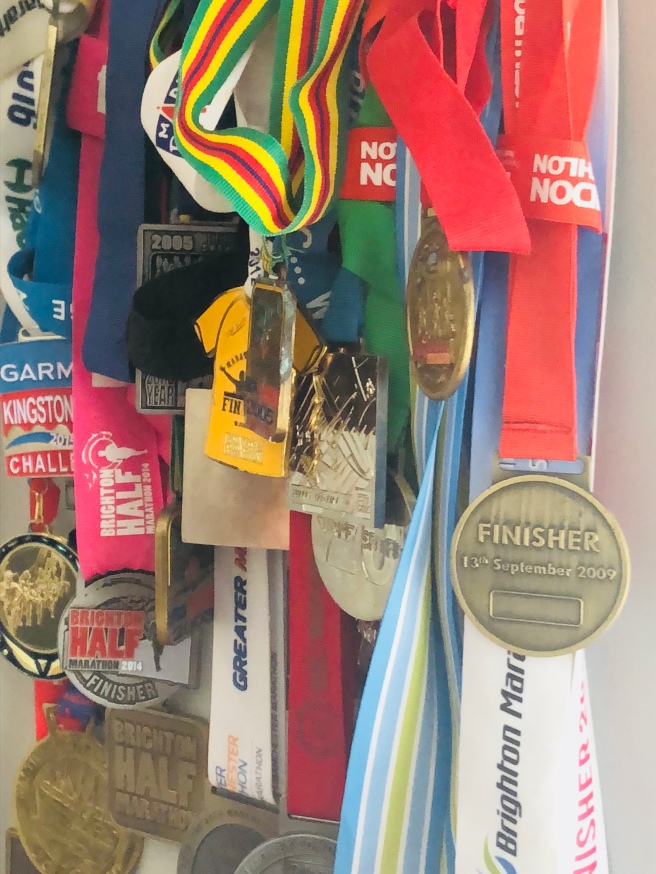 Now we get to the virtual race concept. Yesterday I took my car in for service and decided to run home after dropping it at the Garage. A pleasant run of just over 4 miles from Strawberry Hill to Teddington Lock, over the Bridge and through Ham to Richmond Park and up through the woods to the Ladderstile gate, then on to Kingston Hill and home. Nice sunny morning. Not running fast but enjoying the route. Great feeling of euphoria as I boiled the kettle for a coffee. So would I now send a record of my run to a Virtual race organiser so I could have a medal? Signifying what? That I had gone out for a run on my own? If it floats anyone’s boat then good luck to them but to me its pointless for everyone other than the organiser who is picking up money for nothing other than the cost of medal and the postage.

My advice is if you want medals enter races and get the thrill of participation and sense of having earned your prize. And if you go for a run, the satisfaction of having got out and done it will be your reward in itself. 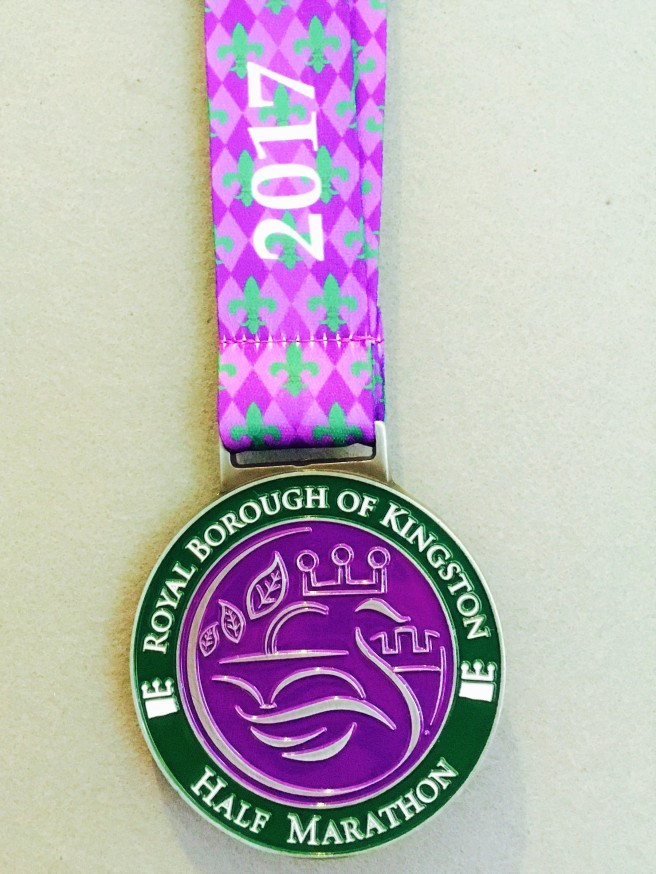